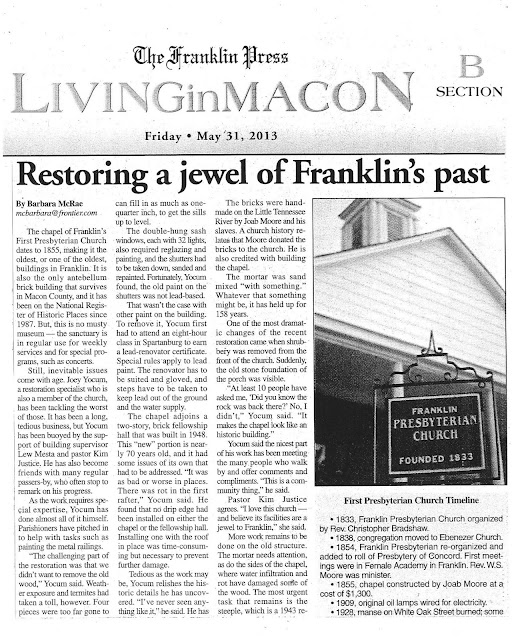 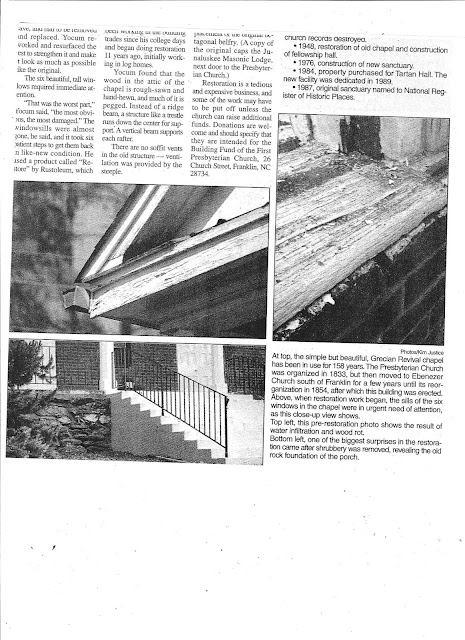 Posted by Unknown at 6:26 AM No comments:

If something is going to go wrong, more than likely it's going to happen during Communion. (Not, of course, that I haven't found ways to mess up other parts of the service... I've now gone completely blank on the words to the benediction no less than three times. I've face planted out of the pulpit.  I've gotten my high heel stuck in a grate in the floor.  I shouldn't say this or I'll jinx myself, but so far, *fingers crossed* I haven't had a bad vocal preacher flub-up that we're known for.)  Which is completely logical, because that is the time when you are trying to be the most careful and somber and reverent.  It's simply a prime opportunity for something to go amiss.

And amiss it went-- at least Sunday.  I didn't do anything as innocuous as tangle with the Great Thanksgiving or anything so easily covered.  But as I was sitting down meditating after the communion had gone out, I looked at the table and realized my error.  One side of the sanctuary had gotten bread and the other had gotten juice. My first thought was "How the heck did that happen?
Which was followed closely by "How the heck do I fix it?"  The first was easy-- I had sent out the wrong element on my side.  Bread first, then juice-- unless you're me, apparently.  And I knew why.  I'd had a heavy conversation right before worship, and it was weighing on my mind. That comes with the territory of being a pastor sometimes-- trying to be fully present in one moment, even while trying to figure out something completely unrelated.

But this was a helpful reminder of theology I've held as long as I've been a church attender: worship is messy! If only it were easy enough to turn worship into a carefully rehearsed performance!  Surely the Lord would smile on something so well-crafted?   But worship can never be a performance because it is filled with people.  And people are messy.  We come as we're told: Just as we are without one plea! We come with "stuff"-- with minds overloaded, with shaky hands, with unshed tears, with a song ready to burst forth, with wiggly children and grandchildren. We come with agendas and needs, seeking power and simultaneously yearning for peace.

And we're only part of the mess of worship.  Because whenever the Holy Spirit is involved, all our "rules" and preconceived notions are undone.  We are in the hands of one who makes dry bones dance, who causes smart people to babble ridiculously.  We're in the hands of one who doesn't mind shoving us out of our comfortable worship to teach us what it means to worship truly. Maybe the Holy Spirit is even messier than people!

Worship is messy.  Sometimes I wonder if God minds that things don't always go the way they were planned.  Then I ponder the God I meet in the scriptures--and I always come back to my image of God--the one whose eyes sparkle with merriment. And I think that God must smile at us, who think we can so carefully plan and construct so that we can iron out every wrinkle.  And over and over in the scriptures, I hear that God chooses to dwell with us. With us.  The broken ones. The overly structured ones.  The messy ones. Maybe God doesn't mind messy worship.

And maybe that's part of the lavishness of grace-- knowing that we don't have to be perfect to be loved.
Posted by Unknown at 6:43 AM No comments:

There are some things that no one tells you about being a pastor. One of those things, as I learned on Sunday, was that I'd leave church smelling like a goat.  And while that might be strange enough, it's not the strangest thing.  No, that honor is reserved for the fact that I didn't mind smelling like a goat.

She (Beatrice) was awfully cute.  She was brought in as the guest of honor as the church celebrated its 10th anniversary of partnering with Heifer International. We have a tube that travels to both services each Sunday and folks generously donate their quarters.  Sometimes it's so easy to think that our contributions have to be significant in size to matter.  But in ten years, we've gathered enough to purchase 60(!!!) goats for families across the globe.

The day was a holy day of celebration, marred only by the dark shadow of the horrific events of the week. (Boston marathon bombing, standoff at MIT, explosion in Texas, and others.) According to the liturgical calendar, the 4th Sunday in Easter is always Good Shepherd Sunday-- a day where we are reminded of the ways that Christ shepherds us.  But, we are also called to be the ones who enfold those who are held captive by the harsh realities of a broken world.  Our work with Heifer International is an important piece of that mission.

So, I smelled like a goat. And that's ok.  Because if smelling like a goat is what it takes to remember our mutual call to ministry outside our doors, then count me in. 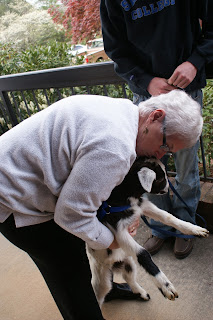 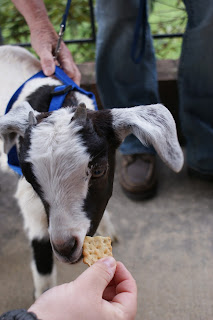 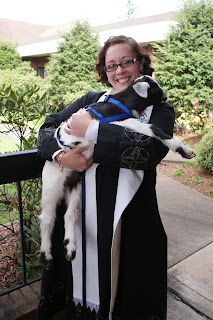 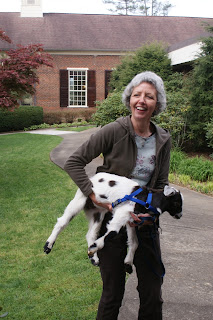 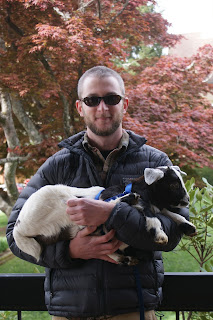 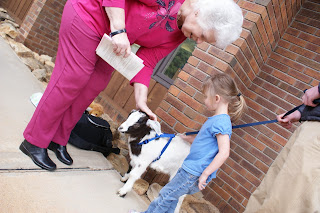 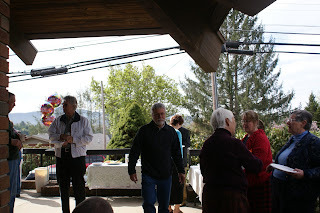 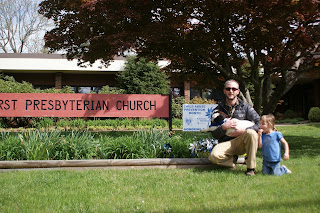 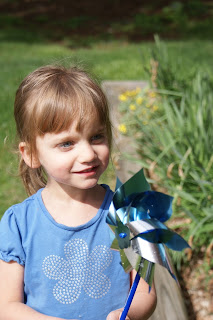